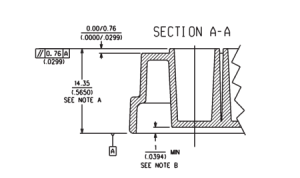 The Society For Laboratory Automation And Screening (SLAS) is not a standardizing organization, they are a society that provides a working group the ability and platform to standardize along with the American National Standards Institute (ANSI).

The American National Standards Institute is a private, non-profit organization (501 (c)3) that administers and coordinates the U.S. voluntary Standardization and conformity assessment system. “ANSI empowers its members and constituents to strengthen the U.S. marketplace position in the global economy while helping to assure the health of consumers and the protection of the environment.”

On January 15, 2004, ANSI approved the four proposed standards (listed below) for the design of microplates used in drug discovery and other testing as universal industry standards set forth by the former (SBS) Society of Biomolecular Screening (now known as Society For Laboratory Automation And Screening.)

Prior to the ANSI approval, “vendors hesitated to change their molds until the standards were approved,” noted then SBS Executive Director Christine Giordano, “Now buyers can begin to look for plates that meet internationally recognized standards.” Using microplates that meet a common standard streamlines the process by ensuring compatibility across systems. 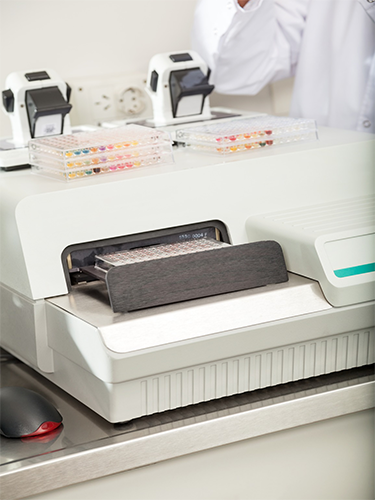 One of the challenges of early stage drug discovery is to accurately identify compounds that can yield effective drugs. Researchers can utilize a variety of automated methods to quickly identify candidate molecules. The microplate plays a critical role in the screening process by allowing a high volume of compounds to be assayed rapidly and efficiently. Microplates commonly used in biomolecular screening will have 96-, 384-, or 1536-wells in which a tiny amount of a compound to be tested is combined with a reagent. The compound’s potential value and effectiveness against a particular target biological system or disease is measured against the subsequent effect on the reagent. Developing a microplate standard ensures compatibility across the variety of automated laboratory instruments used in (HTS) high-throughput screening applications.

On October 9, 2012 the SLAS announced that ANSI recently finalized accreditation of SLAS Microplate Standard 6 for Well Bottom Elevation. According to the SLAS press release, ANSI/SLAS 6-2012 defines terminology and measurement protocols for well bottom elevations (WBE) and well bottom elevation variation (WBEV), and outlines the conditions required for making necessary measurements. The SLAS states “Deviations from these conditions are permissible, provided that the methods used give results in substantial agreement with the methods described in the standard.

Send Me My Free Sample!